Placing of £20.5 million to strengthen the Company’s balance sheet in preparation for new opportunities in commercial diagnostic services

Diaceutics PLC (AIM: DXRX), the diagnostic commercialisation company, is pleased to announce that it has conditionally raised, in aggregate, £20.5 million (before expenses) by way of a placing of 14,137,931 new ordinary shares at a price of 145p per share to existing and new investors (the “Placing”). The Placing is being conducted in two tranches.

The Firm Placing will utilise the Company’s existing authorities to allot shares and disapply pre-emption rights granted at its recent Annual General Meeting, whilst the Conditional Placing will be subject to the approval of Shareholders to allot the Conditional Placing Shares at a General Meeting. A circular (the “Circular”) containing further details of the General Meeting to be held on 29 June 2020 is being posted to Shareholders shortly, together with an accompanying Form of Proxy, and will be available to view on the Company’s website.

“On behalf of the Board and everyone at Diaceutics, I would like to thank existing shareholders for their support and welcome onboard new shareholders who will join us in the next phase of the Diaceutics journey. The placing was oversubscribed underpinning the level of support available for our strategy of strengthening the balance sheet and providing the resource for taking advantage of future opportunities not currently visible.

Our clients in the pharmaceutical industry are facing many challenges with their traditional sales and marketing approaches due to the COVID-19 pandemic. There is emerging evidence that the digital transformation of many operations will become a feature of their commercial operations in the future. The new DXRX platform is on track for launch later this year and will provide access to a diagnostic network to launch and commercialise their new precision tests that are in development or are about to be introduced.

In taking this additional funding we not only strengthen our balance sheet but also ensure that we can, if required, dramatically increase resources around the new DXRX platform in response to any additional demand from our clients. With this platform on track for launch later this year, I am incredibly excited by the opportunities we have to create significant long-term value for all our stakeholders.”

Background to and reasons for the Placing

The Company is undertaking a placing of 14,137,931 Ordinary Shares to raise, in aggregate, £20.5 million to strengthen its balance sheet in readiness for new growth opportunities in commercial diagnostic services.

Delivery on IPO goals and preparation for market growth

Diaceutics’ focus over the past two years has been to ensure that it possesses the necessary infrastructure required to service its global pharmaceutical clients on an increasing scale, as their R&D pipelines become increasingly weighted towards precision medicine, a market anticipated to double in size between 2018 and 2026.

Since its admission to AIM in March 2019, the Company has achieved what it planned in its first year as a public company. These achievements included expanding the Group’s client base, acquiring new datasets, advancing its new diagnostic network platform DXRX (formerly Nexus), servicing a greater number of precision therapy brands and expanding geographic reach, particularly within Asia. During FY 2019, Diaceutics grew its blue-chip client base from 26 to 36 pharmaceutical companies and saw strong repeat business from existing clients requiring the Company’s support and services for their precision therapy testing strategies.

The Group achieved sales and adjusted EBITDA growth of 30 per cent. and 56 per cent. respectively for the full-year 2019, exceeding market expectations.  Efficiencies in product delivery also supported a material improvement in gross margin to 77 per cent.

Launch of ‘DXRX – The Diagnostic Network™’

As previously announced, key to Diaceutics’ goal of becoming the world’s leading diagnostic commercialisation company is the launch of its new diagnostic network platform, ‘DXRX – The Diagnostic Network™’. The Group has made considerable progress in the development of this platform, which is scheduled for launch in Q4 2020 and is expected to significantly enhance the Company’s business model.

DXRX will provide a platform for all stakeholders involved in the launch of precision therapies, including laboratories, pharmaceutical companies and diagnostic companies, to collaborate on the launch and commercialisation of companion diagnostics on a global scale. The platform will enable Diaceutics to migrate its current modular product suite (Planning, Landscape, Tracking and Implementation), to a subscription-based online network connecting the precision medicine ecosystem. The Directors believe this will reduce the complexity of the testing environment for pharmaceutical clients, thereby reducing the time for pharmaceutical clients to reach peak sales and delivering better and faster treatment for patients.

DXRX will integrate a growing database of 227 million patient testing records and more than 2,500 laboratories from what is currently a highly fragmented testing ecosystem. This broadened service offering is expected to enable Diaceutics to derive greater revenue per client, with the opportunity for additional success-based payments to be received.

The COVID-19 pandemic is having an impact on the traditional pharmaceutical industry’s model of commercialisation. This has accelerated the requirement for more efficient interactions within the healthcare system towards innovative digital solutions and healthcare platforms.

The requirement for such transformation is further evidenced by the impact of the pandemic on cancer patients, with testing rates reduced by 20 per cent and delays to clinical trials. This pandemic has caused significant disruption to the established patient-physician and physician-pharma interaction experienced before the pandemic began.

DXRX platform to provide a digital solution for pharmaceutical clients

The Directors believe that Diaceutics is uniquely positioned within this market, with the imminent launch of ‘DXRX – The Diagnostic Network™’, to provide a digital platform solution for precision medicine.  The Company has already seen increased interest from pharmaceutical companies for its products into new markets, beyond oncology. The Company, therefore, needs to be prepared to meet these new opportunities with a strong and flexible balance sheet. These opportunities include, but are not limited to:

On 19 May 2020, the Company announced that it had made a good start to FY2020 and that trading in the first quarter was in line with the Board’s expectations. The Group announced excellent operational progress with its diagnostic network, called DXRX – The Diagnostic Network™, which remains on track for launch in Q4 2020.

The Directors confirm that the Company continues to trade in line with expectations for FY2020.

Notwithstanding the current COVID-19 pandemic, the Company continues to operate highly efficiently with current and pipeline projects largely uninterrupted. The Company has seen a fluid transition to a remote working environment, noting that the majority of employees were working remotely prior to the pandemic.  The Company is seeing continued demand from its blue-chip client base, with strong repeat business.

Diaceutics’ Interim results for the six months ending 30 June 2020 are expected to be announced on 7 September 2020.

The net proceeds of the Placing, expected to be approximately £19.3 million, will be used to strengthen the Company’s balance sheet in preparation for new growth opportunities in commercial diagnostic services.

Details of the Placing, First Admission and Second Admission

Pursuant to the terms of the Placing Agreement, Cenkos Securities plc (“Cenkos”) has conditionally agreed to use its reasonable endeavours, as agent for the Company, to place the Placing Shares with certain institutional and other investors. The Placing has not been underwritten.

Admission of the Conditional Placing Shares to trading on AIM is subject to, inter alia, the passing of the Resolutions at the General Meeting, and the Conditional Placing Shares are expected to be admitted to trading on AIM on or around 8.00 a.m. on 30 June 2020 (or such later date as is agreed between the Company and Cenkos, being not later than 8.00 a.m. on the Long Stop Date).

The Placing of the Firm Placing Shares is conditional upon, inter alia:

The Placing of the Conditional Placing Shares is conditional upon, inter alia:

Following Second Admission, the Company will have 83,721,008 Ordinary Shares in issue admitted to trading on AIM.

A notice convening the General Meeting, which is to be held at Titanic Suites, Enterprise House, 55-59 Adelaide Street, Belfast, Northern Ireland, BT2 8FE , at 2.00 p.m. on 29 June 2020, is set out at the end of the Circular. At the General Meeting, the following Resolutions will be proposed:

The authorities to be granted pursuant to Resolutions 1 and 2 (inclusive) shall expire on whichever is the earlier of (a) the conclusion of the next Annual General Meeting of the Company; and (b) 14 months from the date of the passing of the Resolutions (unless renewed varied or revoked by the Company prior to or on that date).

Shareholders on the register of members of the Company as at close of business on 25 June 2020, including the recipients of the Firm Placing Shares, shall be entitled to attend and vote at the General Meeting.

Effect of COVID-19 regulations on the General Meeting

Voting on the Resolutions will be by way of a poll rather than a show of hands. A poll ensures that the votes of Shareholders who are unable to attend the General Meeting, but who have appointed proxies, are taken into account in the final voting results.

Should Shareholders wish to ask any questions in relation to the Placing or the Resolutions, which they may otherwise have asked at the General Meeting had they been in attendance, they are encouraged to contact the Company prior to the General Meeting by email to diaceutics@walbrookpr.com.

Shareholders will find accompanying the Circular a Form of Proxy for use in connection with the General Meeting. The Form of Proxy should be completed and returned in accordance with the instructions thereon so as to be received by Link Asset Services, as soon as possible and in any event not later than 48 hours (excluding non-Business Days) before the time of the General Meeting.

The Directors believe the Placing and the passing of the Resolutions to be in the best interests of the Company and its Shareholders as a whole. Accordingly, the Directors unanimously recommend Shareholders to vote in favour of the Resolutions as they intend so to do in respect of their beneficial shareholdings amounting to 25,221,386 Ordinary Shares, representing approximately 36.2 per cent. of the existing issued ordinary share capital of the Company or 31.5 per cent. of the issued share capital immediately following First Admission.

This announcement contains inside information for the purposes of Article 7 of Regulation (EU) 596/2014.

About Diaceutics
Diaceutics PLC is a leading diagnostic commercialization company for the global pharmaceutical industry. The Company, quoted on the Alternative Investment Market (AIM) of the London Stock Exchange, is enabling Pharma to accelerate their market penetration and achieve a better return on precision medicine therapies by helping them to revolutionise patient testing. By generating insights from its data lake of clinical laboratory testing data and other data, Diaceutics helps Pharma understand and leverage the diagnostic landscape through initiatives that improve patient testing, leading to better treatment outcomes. The Company works with more than 30 global pharmaceutical companies across hundreds of precision medicine projects. The Company employs a leading global group of experts from the laboratory, diagnostic and pharmaceutical industries.  www.diaceutics.com 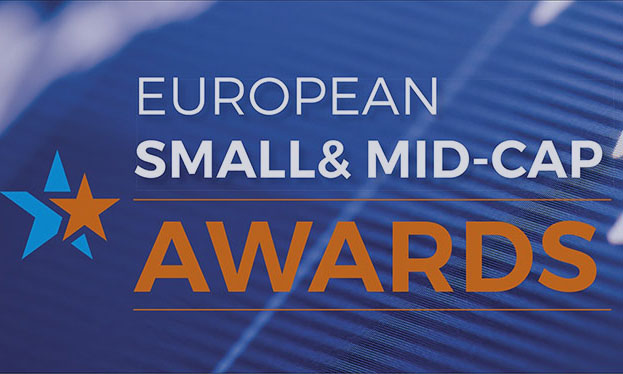 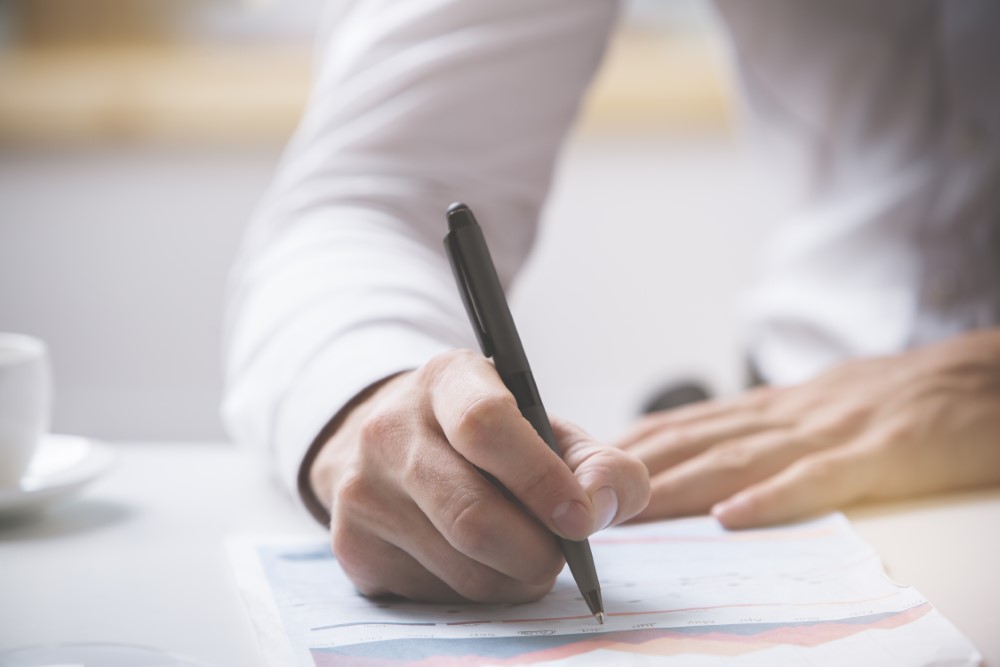 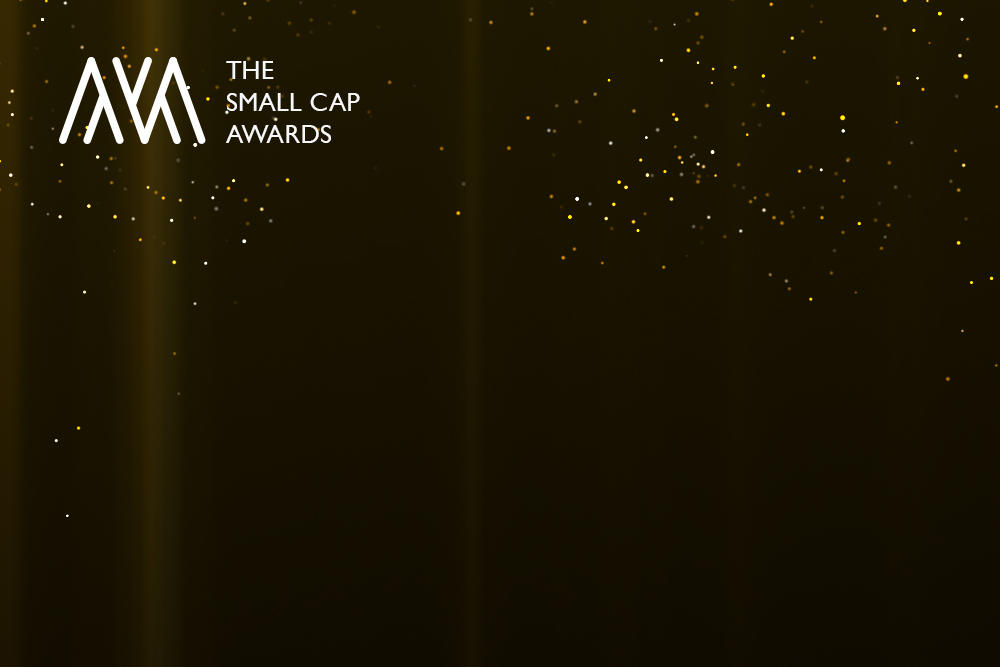 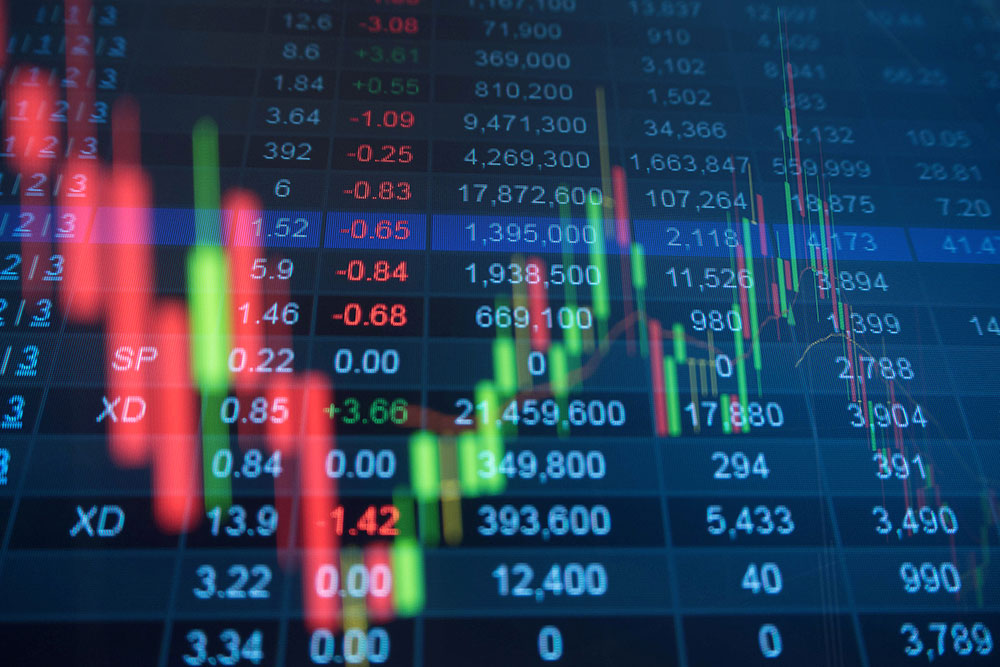 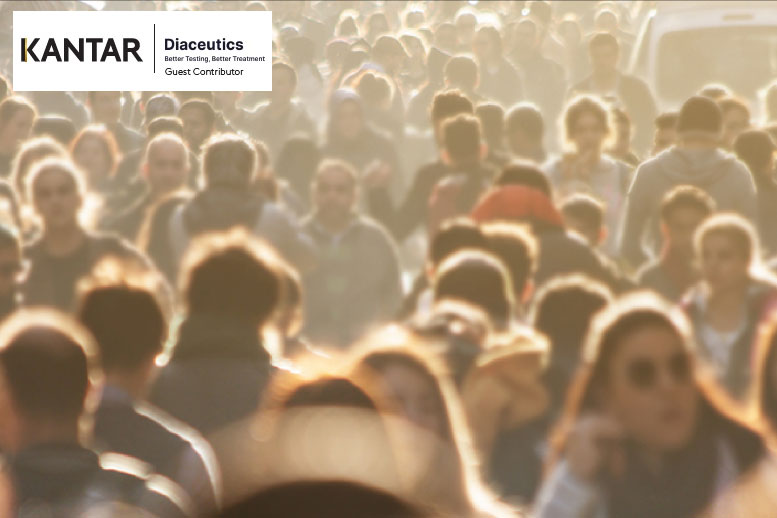 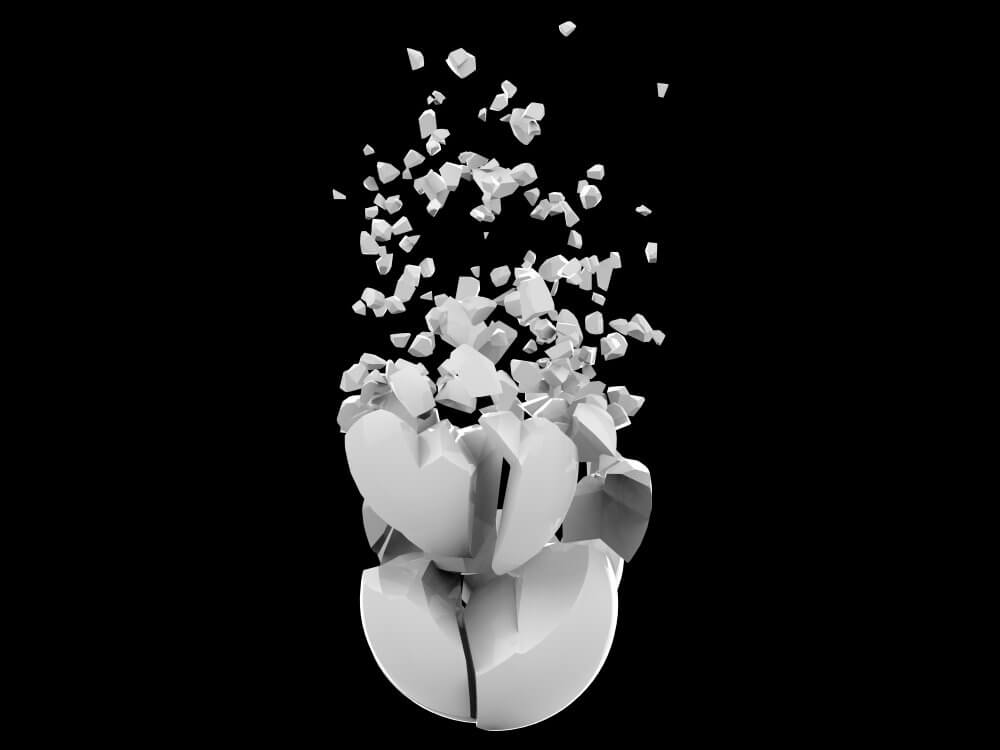 The diagnostic testing ecosystem is broken

The diagnostic testing ecosystem is broken 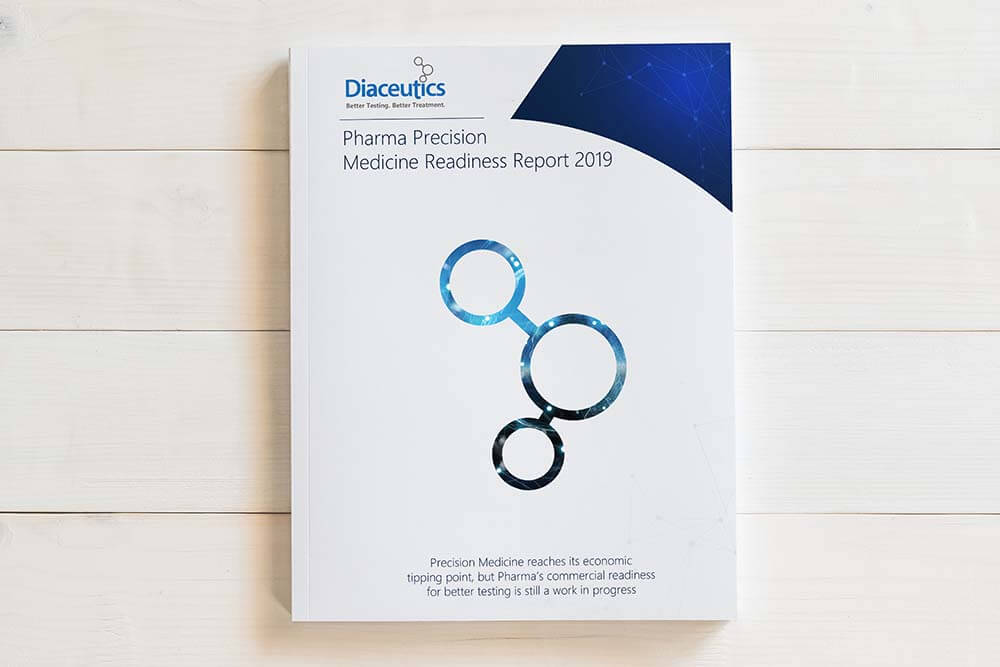