Belfast, Nov 17, 2020 – Diaceutics PLC, (AIM: DXRX), the company behind the world’s first diagnostic network for Precision Medicine, DXRX – The Diagnostic Network®, has this week been awarded the International Star Award as part of the European Small and Mid Cap Awards 2020. The awards are a joint initiative of the European Commission, the Federation of European Securities Exchanges and European Issuers.

In June of this year, Diaceutics was recognised as ‘IPO of the Year’ at the 8th Annual Small Cap Awards, and was subsequently shortlisted for this International Star Award, alongside Proeduca Altus and Sanlorenzo, by an independent jury established by the European Commission.

Since floating on the AIM market of the London Stock Exchange in March 2019, Diaceutics has maintained a strong upward trajectory. In recent months, the company has announced a number of key developments which show its commitment to addressing key issues hindering cancer testing.

The International Star award win bookends a significant period for Diaceutics, following the successful launch of DXRX – The Diagnostic Network® last month. This platform is designed to improve the efficiency of cancer patient testing globally, reducing the current protracted timeline for a patient to secure optimal treatment from years to months. 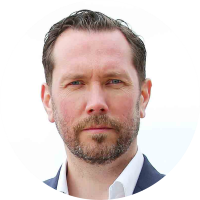 Philip White, Diaceutics CFO said: “I’d like to offer a sincere thanks to everyone involved in the European Small and Mid Cap Awards. It’s a great honour for Diaceutics to be recognised with this International Star award. This represents a seal of approval for the inroads we have made in recent years, particularly since our IPO. This award is really for our talented workforce, whose dedication and skill have driven this period of success for Diaceutics.

“We will continue with our efforts to help reduce the significant lag in cancer testing and treatment.  With the recent launch of DXRX, we are in a great position to make a significant impact in addressing the widespread inefficiencies in the cancer treatment landscape globally and help more patients receive the right drug at the right time.”

For more information on DXRX – The Diagnostic Network® go to www.diaceutics.com

About The European Small and Mid-Cap Awards
The European Small and Mid-Cap Awards aim to promote best practices and encourage more small and medium-sized enterprises (SMEs) to access capital markets via IPOs. This is a joint initiative of the European Commission, leading European securities exchanges and European Issuers. The Awards Ceremony was organised for the first time in 2013 by European Issuers and the Federation of European Securities Exchanges (FESE), at the initiative of the Directorate-General for Enterprise and Industry (now Directorate-General for Internal Market, Industry, Entrepreneurship and SMEs) of the European Commission. These two associations represent together the European securities exchanges and the companies listed on them. The Awards showcase the diversity of European markets and aim to promote stock listings, in particular targeting SMEs and growth companies. These companies are critical to European economic recovery and to accomplishing the EU’s goals of job creation, competitiveness and growth.